The Link Between an Unfavorable Lifestyle and Recurrent Headaches Among Adolescents

Researchers in Norway created a study to examine the relationship between recurrent headache disorders (migraines, and tension headaches), and lifestyle factors (overweight, low physical activity, and smoking), among adolescents. Over 5000 students in Norway were interviewed about headache complaints and completed a comprehensive questionnaire including items concerning physical activity and smoking. Each participant also had a clinical examination with height and weight measurements.

Adolescents with high physical activity who were not current smokers and not overweight were classified as having a good lifestyle status. These students were compared to those with 1 or more of the negative lifestyle factors present in regard to headache diagnosis and frequency. The study showed that overweight, smoking, or low physical activity are independently and in combination associated with recurrent headaches among adolescents. The higher combination of these risk factors leads to increased risks.

FDA warns that Zocor Can Cause Fatal Kidney Damage

The FDA has issued a warning that the commonly used cholesterol medication simvistatin, (also known as Zocor, Vytorin, and Simcor), increases the risk of severe muscle and kidney damage more than previously thought. These medications, known as statins, have a long, well known history of increasing a patient’s risk of muscle damage by a condition called rhabdomyolysis that can lead to kidney failure and death.

The research behind the warning suggests that the risk of muscle injury is dose dependant, the higher the dose, the higher the risk. Patients taking the highest approved dose of 80mg had 50 times higher the risk than patients taking 20mg dose. Also linked with higher rates of risk of rhabdomyolysis was combining even small doses of simvistatin with other cardiovascular medications. Commonly, patients treated for cardiovascular disease are on multiple medications so it is common to combine a cholesterol medication with other medications. Many different medications were tested, which, when combined were linked to increased risk. These include the blood pressure medication diltiazem (marketed as Cardizem, Cartia, Dilacor, Diltia, and Tiazac); anti-arrhythmia drug amiodarone; and verapamil (marketed as Calan, Covera, isoptin, and Verelan), used for arrhythmia, blood pressure, headaches and migraines.

The study, took 44 older adults with either prehypertension or stage 1 hypertension. The participants consumed 6.3 grams of either dark or white chocolate daily. After 18 weeks, systolic blood pressure fell about 3mm and diastolic fell 2mm in those consuming dark chocolate only. It is known, that dark chocolate does have a role in increasing production of nitric oxide in the vascular endothelium, and this is the likely mechanism of the blood pressure lowering effects. Dark chocolate also has antioxidant properties.

In hopes of deciding this eternal debate once and for all, researchers decided to put low-fat and low-carbohydrate diets to the test against each other. They evaluated these two diets for two years. The primary measured outcome was weight loss after 2 years. The participants had a mean age of 45 years and BMI of 36.1, they were also part of a comprehensive lifestyle modification program. The low-carbohydrate diet limited carbohydrate intake to 20grams a day for 3 months with unrestricted fats and proteins, while the low-fat diet limited caloric intake to between 1200-1800 calories with less than 30 % calories from fat.

The weight loss was 11 kg at year 1, and 7 kg at year 2 with both diets. There were no differences in weight, body composition, or bone mineral density between the groups at any time. The low-carbohydrate group did have greater reductions in diastolic blood pressure, triglyceride level, and low-density lipoproteins cholesterol levels, while having higher increasing rates of high-density lipoprotein cholesterol levels, up to a 23% increase. This study’s findings show that while both diets had similar weight loss results, the low-carbohydrate diet had more favorable changes in cardiovascular health after 2 years.

Recently, there was a study published in the British Medical Journal, which stated that they found nearly a 30 percent increased likelihood of having a heart attack among people older than 40 who were taking calcium supplements. The study combined data from 8 previous studies and pooled them together to determine risk. The risk was not increased in those who got their calcium from natural sources, or in those who took vitamin D with their calcium supplements.

There are some who say this study is flawed. There are thousands of studies on calcium; the authors of the study only selected 8 to do the analysis. None of the selected studies had cardiovascular outcomes as end-points, and data on cardiovascular events were not gathered in a standardized manner, so it would appear much more of a predetermined outcome versus one of great scientific rigor. In addition, it is shown that majority of Americans do not eat a balanced diet to get sufficient enough calcium for daily needs. There is not enough proof yet to steer people away from calcium supplements, especially among populations with a high risk for fractures.

Bisphenol-A, BPA, is the subject of a study looking at its risk for increasing breast cancer, or precisely, the mechanism by which breast cancer risk may be increased after in utero exposure to either the substance or DES. Researchers looked at mothers ingesting either of these estrogen-like compounds during pregnancy and then determined what effect they had on the female offspring after they had been born as adults. DES, commonly used in the 1950s-1960s to prevent miscarriage, has long been studied and shown to increase risk of breast cancer to offspring of mothers who were given it during pregnancy. In animal studies, BPA is showing similar effects on breast tissue even though in a straight comparison between DES and BPA, DES is a much stronger substance.

The mechanism of why both these substances may increase breast cancer risk was the basis for the study. It was observed that one gene closely linked to breast cancer is permanently elevated in mice exposed to these substances, and leads to a permanent lifelong elevation of a molecule called enhancer of zeste homologue (EZH2), which, when elevated increases risk for cancer. Women who had biopsies that turned out to be benign but showed elevated EZH2 had a greater chance of developing breast cancer. Furthermore women with breast cancer who have expressed this gene have a worse prognosis. This change in gene formation only appears to happen during pregnancy. Exposure to these substances after birth does not express the gene change.

BPA is found in many substances. Most common forms are plastic bottles, hard plastic food containers, and cans. BPA is found in many more substances and has been around for years. There are some efforts to eliminate BPA from products. In California and Connecticut, there is a law to remove them from children’s toys, and nalgene has taken them out of their water bottles. The best way to avoid BPA as much as possible is to switch to stainless steel water bottles, buy fresh fruits, vegetables, beans so you are not using canned foods, and not cook or heat anything in plastics.

A study out of the National Heart, Lung, and Blood Institute, has correlated dyslipidemia levels in young adults and their risk for coronary heart disease in their middle ages. In a study of over 2000 people of various ages from 18-30 years old, black and white, male and female; the participants were followed for 20 years to evaluate lipid levels and risks for heart disease. Low-density lipoprotein (LDL) and high-density lipoprotein (HDL) cholesterol, triglycerides, and coronary calcium were measured in multiple serum measurements over the 20 year span. Coronary calcium is considered a strong predictor of future coronary heart disease.

After 2 decades, participants who maintained optimal levels of less than 100 LDL, greater than 60 HDL, and triglycerides less than 150, the risk of heart disease was calculated at 8%. In participants who had non optimal levels of these measurements, the risk increased to 44%, universally across race and gender. This study shows that the earlier cholesterol levels are monitored and in optimal range, the less risk one has for coronary atherosclerosis in the middle years of life.

Used throughout Europe to prevent and treat many health concerns, grape seed extract is a powerful antioxidant with many benefits to the body. It is considered to be an anti-aging wonder. Its health protective properties include, antioxidant, antiallergenic, antihistamine, anti-inflammatory, and immune boosting properties. The bioflavonoids in grape seed extract, considered to be stronger than vitamins C and E, help strengthen and protect cell membranes from oxidative damage caused by free radicals. Specific conditions which it can help prevent include cardiovascular disease, reduce diabetic complications, prevention of plaque in the arteries, varicose veins, edema, arthritis, macular degeneration, cataracts, and eye strain. It acts as a natural anti-histamine, moderating allergic responses. There is also evidence that it is one of the few antioxidants which crosses the blood brain barrier thus protecting nerve and brain tissue; this has implications in the use of it for ADD and its ability to help regulate neurotransmitters.

Another area in which grape seed extract has been studied is its effects on the skin. Wrinkles and sagging skin are partly caused by free radical damage. Since grape seed is a powerful antioxidant, it works on the skin to reduce free radical damage. It also helps to repair connective tissue while promoting skin enzyme activity. Lastly, it is anti-bacterial, therefore it aids in wound healing by helping to regenerate damaged blood vessels and clearing harmful bacterial from the wound.

These are just some of the benefits that one can derive from grape seed extract. It is a powerful supplement that will be continued to be studied for its positive benefits.

Resveratrol, a polynutrient, is found in the skin of grapes, wine, peanuts, and berries, and has often been hailed as a life extending natural compound. Numerous studies have been completed on the nutrient using mice or lab rats, indicating its benefits in obesity, diabetes, anti-cancer, and anti-inflammatory effects.

For the first time a study has been completed using resveratrol on primates. The study showed resveratrol’s ability to rev up metabolism and spark weight loss in primates. The study was competed at the Centre National de la Recherche Scientifique in Paris, France. After four weeks of a diet supplemented with resveratrol, there was significant decrease in the animals’ food intake along with a reduction in the body-mass gain of 13 percent. It also had significant changes in the animals’ body temperature, thus increasing resting metabolic rate by 29 percent. 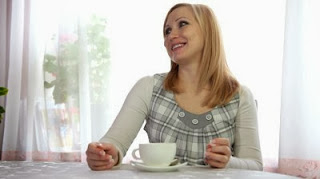 A study out of a Norwegian research project being conducted called “Prevention of Allergy Among Children in Trondheim” has found that mothers who drank a probiotic-supplemented milk during pregnancy cut their children’s risk of developing eczema by 40%. Eczema, a common skin condition, is often related to allergies and is connected to a familial pre-disposition. In the study, women were given either milk with probiotics or milk with a placebo, the participants were not aware of which they were given. Women and their children were evaluated from pregnancy until the children were two years old. Probiotics have been studied for many years for their ability to favorably alter intestinal flora, promote good digestion, boost immune function, and increase resistance to infection. The Norwegian study is the first to identify a definitive link between probiotics and eczema prevention, particularly as the effects are passed down from mother to child.