Alzheimer's disease is the most common cause of dementia in people over the age of 65. Symptoms include memory loss; impaired judgment and decision-making capacity; a decline in the ability to perform daily living activities; changes in behavior, mood and personality; and increasing dependence on caregivers. A 2007 report released by the Alzheimer's Association estimated there are 5.1 million people in the United States with Alzheimer's disease. And within another generation the number of people with Alzheimer's disease will exceed 15 million. Alzheimer's is a leading cause of death after cardiovascular disease, cancer and cerebrovascular disease. Causes of death in Alzheimer's patients include falls, severe cognitive decline and function impairment, and the development of Parkinsonian signs.
Alzheimer's is the third most expensive disease after cardiovascular disease and cancer in terms of total costs. In the outpatient population, approximately $18,000 is spent per patient, per year for mild Alzheimer's, with increased costs associated with disease progression and severity ($30,000 per patient per year in moderate stage and more than $36,000 per patient per year in the severe stage).
Although age is by far the most important risk factor associated with the onset of Alzheimer's, a number of other risk factors are also important such as female gender, low educational attainment, and head injury (usually associated with a loss of consciousness) appear to increase Alzheimer's risk. Depression, particularly developing in late life, appears to signal the impending onset of Alzheimer's and may precede memory deficits by several years. Family history of dementia in first-degree relatives appears to increase the risk of developing Alzheimer's slightly. Recent evidence suggests that the same risk factors for cardiovascular disease may be important contributors to the risk of developing Alzheimer's. These include high blood pressure, high cholesterol, diabetes, and high homocysteine levels. There are also several genes that are associated with Alzheimer's. This is why it can be hereditary.
The most common symptoms of Alzheimer's include memory impairment such as repetition; trouble remembering recent conversations, events and appointments; frequently misplacing items; decreased ability to solve problems; difficulty with calculations; and impaired driving. Many diseases are associated with memory loss such as hypothyroidism, hypoglycemia, depression, diabetes, chronic inflammation, Wilson's disease, hemochromatosis, B12, vitamin D and antioxidant deficiency, menopause, alcoholism and heavy metal toxicity etc. The list goes on. Also, many drugs can cause memory loss.
It is important to treat memory loss at the early stages and try to identify the cause of the problem. A complete lab work up is necessary to help identify the cause. There are many nutritional and amino acid deficiencies related to memory loss, blood sugar problems, hormonal issues, alcohol, drug and heavy metal toxicity. The list goes on again, which is why a thorough work-up is important. Each patient should be examined individually. Unfortunately the drugs used to treat Alzheimer's are not very effective and tend to have a lot of side effects.
Certain activities - exercise, exposure to classical music, social engagement, playing a musical instrument, reading and bingo - have been associated with improved cognitive function and can prevent the onset of Alzheimer's. The earlier these activities are started in life the better.
Caring for a family member with the disease is very stressful for the care giver. Family caregivers are also at risk for depression, anxiety and physical illness. A caregiver's depression or health decline may affect his or her ability to adequately provide care for the patient and increases the likelihood of premature institutionalization for the patient. Therefore, taking care of the caregiver is just as important as taking care of the patient.
Studies show that Alzheimer's may reach epidemic proportions in 20 years. The goal is to get early diagnosis and treatment for memory loss so one can delay progression of the disease, improve function and reduce caregiver burden. Health problems should not be ignored. Many times they can be treated easily at the early stages of the disease.
Deborah Wiancek is a naturopathic physician specializing in natural medicine at the Riverwalk Natural Health Clinic in Edwards. She can be reached at 970-926-7606, Wiancek@healthref.com orwww.healthref.com. 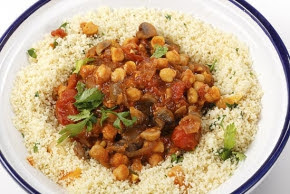 Place all ingredients except for the cilantro, orange juice and almonds in a 4-quart crockpot, and cook on high for eight hours. Before serving, add in cilantro and orange juice. Serve in bowls over quinoa, rice or with a whole grain bread, and top each bowl with 2 tablespoons of silvered almonds.
Deborah Wiancek, N.D. Dr. Wiancek, N.D. 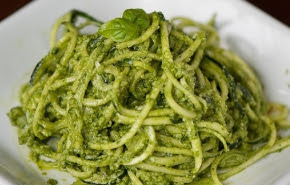 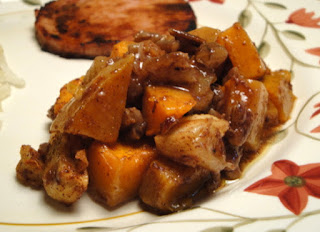 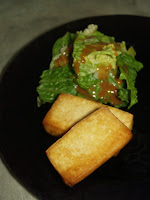 8 Ways to Improve Your Attention and Regain Your Focus

According to a study from Harvard University, human brains are in the moment for just over half of our waking hours—a mere 53%. The other 47% of the time we are thinking of something else or zoned out. As we all know, mind wandering can happen at the wrong moment—like when you are trying to focus on a lecture or presentation.
Luckily there are eight easy things you can do to improve your attention span an focus for more than half of the day.
1. EXERCISE
Even a short brisk walk will do. Physical activity has been shown to increase cognitive control. According to a study from the University of Illinois, students with ADHD who participated in 20 minutes of moderate exercise scored better on academic achievement tests, especially in reading and comprehension, and were able to pay attention longer.

Paying attention during meetings can be difficult. According to the National Statistics Council, nearly half of employees consider too many meetings the biggest waste of time in their workday. Jon Acuff, author of Do Over: Rescue Monday, Reinvent Your Work and Never Get Stuck, recommends trying to ask one good question in order to stay alert.  According to Acuff: "Good questions give you information that helps you improve your job performance," while, "bad questions are those where you already know the answer or just want to look smart.”

Being dehydrated is bad for your body it shortens your attention span. The University of Barcelona, found that mild dehydration-–as little as 2% can negatively impact your concentration.  Be aware that a 2% drop in dehydration isn’t enough to trigger thirst. So make sure to bring along plenty of water before you go into a situation requiring focus.

Meditation trains your brain stay at attention for longer periods of time, similar to the effect weight lifting has on your muscles. According to a study from the University of California at Santa Barbara, undergraduate students who meditated for 10 to 20 minutes four times a week for two weeks scored higher on exercises requiring attention and memory tests than students who changed their nutrition and focused on healthy eating as a way increase cognitive control.

L-theanine, an amino acid found in black tea, has been shown to affect areas of the brain that control attention. A study from the Netherlands, found that tea drinkers were able to perform tasks better and pay attention longer than those who were given a placebo to drink.

A study from Cardiff University in the U.K. found that chewing gum increases your alertness and improves attention. Chewing itself tells the body that nutrients are on their way to the brain, and gum can reduce hunger pangs.

Researchers at Princeton and UCLA found that when students took notes via pen and paper, they were able to identify important concepts, and listen more actively. The ability to checking email or log in to social media on a laptop provides easy distraction. Also note taking on a laptop leads to mindless transcription.

Classical music helps you pay attention, so break out the Beethoven. A study from Stanford University School of Medicine found that listening to short symphonies engages the areas of the brain involved with making predictions, paying attention and updating memory.
Deborah Wiancek, N.D. Dr. Wiancek, N.D.

Many of us have heard that stress is bad for us, but fewer of us actually know why this is. Knowing what stress does to your body, and how manifests as sickness and disease may make you more inclined to limit worrying.

When stress is chronic, rather than temporary, it can make you more vulnerable to infection by slowing down your immune system functioning. Under stress, the adrenal glands increase the release of  cortisol, adrenaline, and norepinephrine. These hormones can cause damage in a number of ways if left unchecked.
Adrenaline raises blood pressure by speeding up your heart rate. Simultaneously, the brain relays stress signals to the gut, allowing your body to focus on the stressor. A change in the gut's normal routine can affect the composition of bacteria in your gut and lead to digestive problems.

Cortisol can prompt the body to put on deep-belly fat or visceral fat by increasing appetite, especially for sweets and refined carbohydrates. This type of fat releases compounds called cytokines which subsequently raise your risk of developing chronic diseases.

Stress is most damaging for people who experience it all the time. Frequently working long hours to meet a dead line, or constantly worrying about things like paying the rent, or getting adequate childcare can contribute most to poor health.
To avoid some of these stress induced consequences, Sharon Bergquist, a professor of medicine at the University of Emery recommends viewing your stressors “as challenges you can control and master.” While it isn’t easy to just make all of your worries disappear, it’s worth putting in the work to limit the amount of stress you deal with on a regular basis.