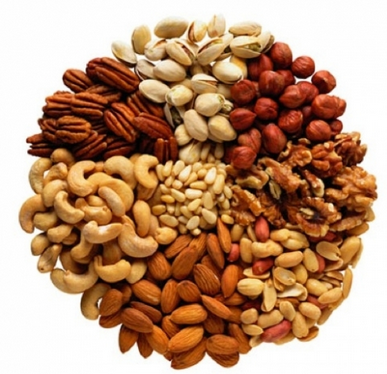 In a paper written by Jacob Schor, N.D, former president of the Colorado Association of Naturopathic Physicians, nuts and their significant protective effects come to light.

A large study located an association between nut consumption and both total mortality and cause-specific mortality.  In the study, data from the Nurses’ Health Study (NHS) and the Health Professionals Follow Up Study (HPFS) were used. The NHS is a prospective cohort of 121,700 female nurses who were enrolled in 1976. The HPFS is a prospective cohort of 51,529 male health professionals enrolled in 1986.  Participants without complete data or that had a history of cancer, heart disease, or stroke were excluded, making the final analyses a total of 76,464 women and 42,498 men.

Nut consumption was tracked via validated food-frequency questionnaires administered every 2 to 4 years.  It was found that the Hazard Ratios (HR) for dying decreased with increasing nut consumption. Those who reported eating nuts were 20% less likely to have died during the course of the study than those who never ate nuts.


‘Given the low risk that increased nut consumption has on patient health and the great potential for benefit—ie, decreasing mortality by a fifth—there is little left to debate’, Doctor Shor writes. ‘We should be actively encouraging our patients to consume a daily serving of nuts,’ he concludes.
Deborah Wiancek, N.D. Dr. Wiancek, N.D. 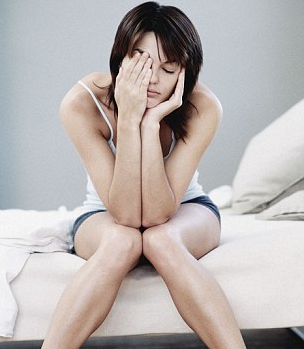 "While there’s nothing you can do to change your genetic chronotype, there are ways to control your lark or owl tendencies, and keep your health on track if you’re working and social life demand it."

An out-of-sync body clock can raise your risk of cancer, heart disease and type 2 diabetes, and lead to weight gain, according to new research.  Many people don’t even realize they’re sleep-deprived,’ says Russel Foster, professor of circadian neuroscience at Oxford University.  ‘But if you need an alarm clock to wake in the morning, you probably don’t get enough sleep — and are out of sync with your body clock.’

Whether you’re a lark or a night owl is known as your chronotype.  It may be that in human society there was an advantage in having some people vigilant at night and others in the early hours,’ says Professor Foster. Outside cues such as daylight and eating and drinking keep us in time with the 24-hour day. However, our body clock has an ‘intrinsic rhythm’ it wants to run at, says Dr Archer. Larks — who prefer early to bed, early to rise — have a faster cycle, while owls, who like staying up and getting up late, are slower.

While there’s nothing you can do to change your genetic chronotype, there are ways to control your lark or owl tendencies, and keep your health on track if you’re working and social life demand it. ‘Bright light is the most powerful way of shifting the body clock,’ says Professor Foster. So, if you’re an owl who has to get up early, get as much light as possible in the morning. To give owls the best chance of winding down earlier, they should avoid being too active in the evening and keep lights dim — and don’t turn on a bright bathroom light to brush your teeth just before bed.‘Larks who need to work late should do the opposite — making their evenings active and stimulating, for instance by going to the gym, and keeping bright lights on.’ 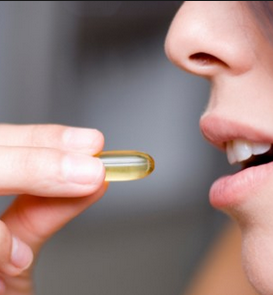 Vitamin B12 acts as a natural inhibitor of hepatitis C virus replication.  A recent experiment was conducted to assess the effect of vitamin B12 on virological response in patients with chronic HCV naïve to antiviral therapy.

Overall, rapid viral response did not differ between the two groups, whereas the rates of complete early viral response, end-of-treatment viral response and SVR were significantly higher in SOC+B12 patients than in SOC patients.  In SOC+B12 patients, the SVR rate was also significantly higher in carriers of a difficult-to-treat genotype and in patients with a high baseline viral load. Distribution of genotype IL-28B did not differ between the two groups.

"Just one in 15 doctors said they received training on harmful reproductive effects of toxic chemicals," according to survey.

Jagessar Chaffer, a documentary filmmaker and children’s environmental health advocate, taught herself, while pregnant, that dozens of environmental chemicals can negatively impact a developing fetus.  Birth defects, IQ losses and childhood cancers are just some potential risks that scientists have linked to even low levels of exposure.  Despite the hazards that exist, most prenatal care in the United States does not involve educating the expectant mother on which environmental chemicals to avoid.
According to a national survey, among nearly all of the 2,500 obstetricians that were consulted, nearly all of them reported counseling patients on factors such as diet, exercise and cigarette smoking.  Only 20 percent said they addressed environmental exposures.  Just one in 15 doctors said they received training on harmful reproductive effects of toxic chemicals.
Sonya Lunder, senior analyst with the nonprofit Environmental Working Group, noted that pregnancy can also be a window of increased exposures. "Being pregnant is a time when people are more likely to be moving or remodeling," said Lunder, citing often overlooked concerns such as volatile organic compounds in the paint that expecting parents might apply inside a new nursery.


"Doctors feel there are not clear messages they can give to patients. But I think there are," said Lunder. "While there is uncertainty in some relationships [between chemicals and health problems], there are a lot of associations that have been borne out."The Environmental Working Group provides a free pregnancy guide that covers several toxin-avoiding steps, including cutting out nonessential personal care products and making seafood choices that maximize healthy omega-3 fatty acids while minimizing mercury exposure.
Deborah Wiancek, N.D. Dr. Wiancek, N.D.

Q: My doctor prescribed Prilosec for heartburn, and I took it for about a year. After discontinuing the Prilosec, I was feeling very tired. The blood work that was done showed I had very low magnesium levels.
I took magnesium supplements as my doctor recommended and got my levels back to normal. This side effect of taking acid-suppressing drugs is worth sharing. Too few people pay attention to the possible side effects of drugs before they start taking them.

A: Omeprazole (Prilosec) and other acid-suppressing drugs such as lansoprazole (Prevacid) and esomeprazole (Nexium) control heartburn symptoms, but they also can reduce absorption of important nutrients, including magnesium and vitamin B-12. Everyone taking one of these medications for long periods of time should be monitored for such nutritional deficits. 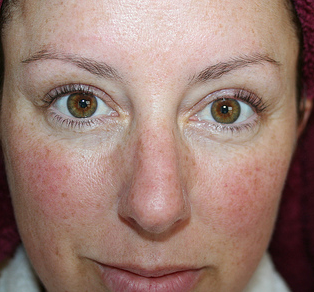 Q: Having rosacea is horrible! I’ve had it for about 10 years. I tried a greasy prescription cream, but it was no help.  My condition seems to be worsening. I have all the classic hereditary bases and many of the associated symptoms: Irish, sensitive fair skin, blush easily, bothered by wool and heat, etc.
I tried Selsun Blue to wash my face in the shower once a week or so. It’s amazing!  Now my breakouts have become much less frequent. The product I use has selenium sulfide as its active ingredient. This has been so very helpful that I hope you’ll write about it in your column.

A: Rosacea causes redness and sometimes pimples. Doctors often treat it with topical antimicrobial agents such as metronidazole or azelaic acid gel.  We have heard from other readers that the original formulation of Selsun Blue with selenium sulfide may be helpful for rosacea. Perhaps its known antifungal activity is contributing to this benefit. We appreciate your story.